As a die-hard Star Trek fan, I have always wanted to see small scale models of all the various starships seen in the various Star Trek movies and TV shows. And a company called Eaglemoss is doing exactly that. 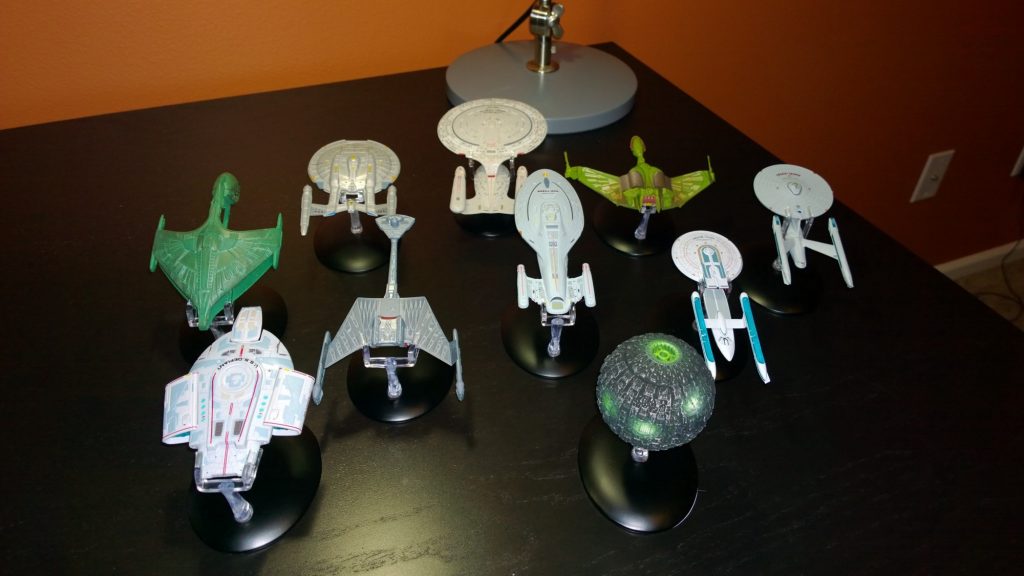 Called the Star Trek Official Starships Collection, Eaglemoss is producing highly detailed die-cast models of popular starships from Star Trek paired with a magazine for each starship. The magazines give you all the details on a specific ship including awesome background and design work from the shows or movies. 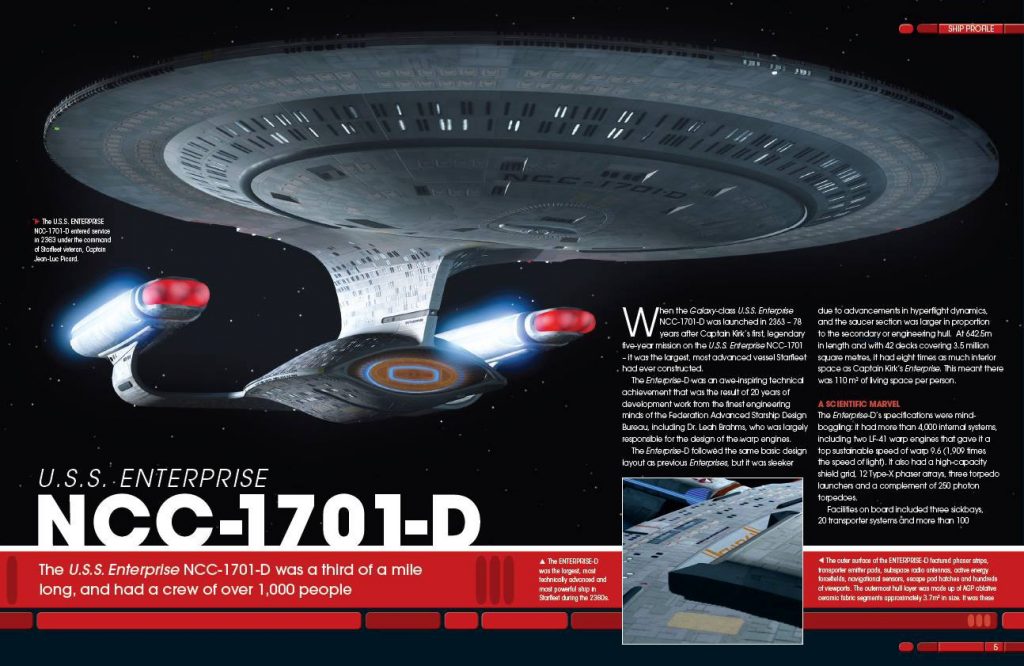 You can buy these issues with the starships in stores like comic book shops, etc. But Eaglemoss also lets you sign-up for a magazine subscription. And this is REALLY awesome. They release 2 starships every month and with a subscription, you can get those two starships delivered to you. Having a subscription essentially means you are part of the “Collector’s Club” and that brings benefits:

As part of having a subscription, another really good perk is you’ll also receive variant model starships. Recently, they released Deep Space Nine as Special Issue #1. 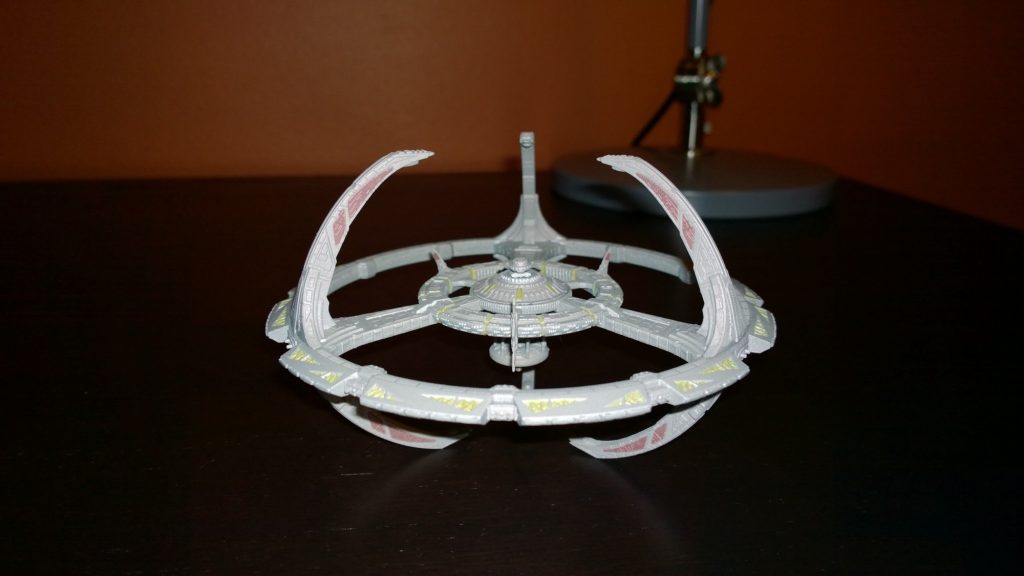 The starships are actually made with a combination of die-cast metal and high quality ABS which are then hand painted to get the right details. And the details on these starships are incredible. 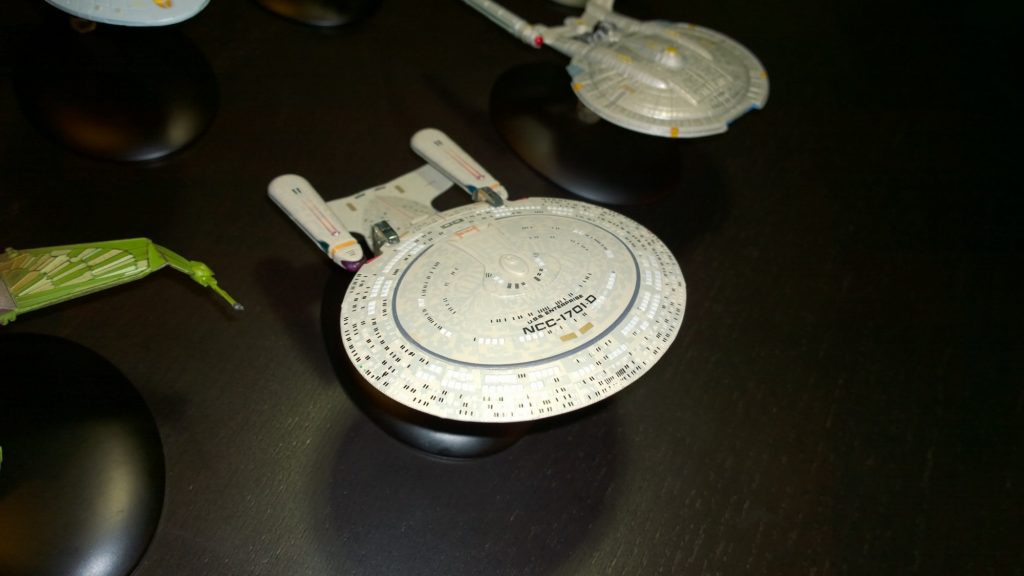 For example, on the Enterprise-D you can see windows, escape pods, and the hull paneling. 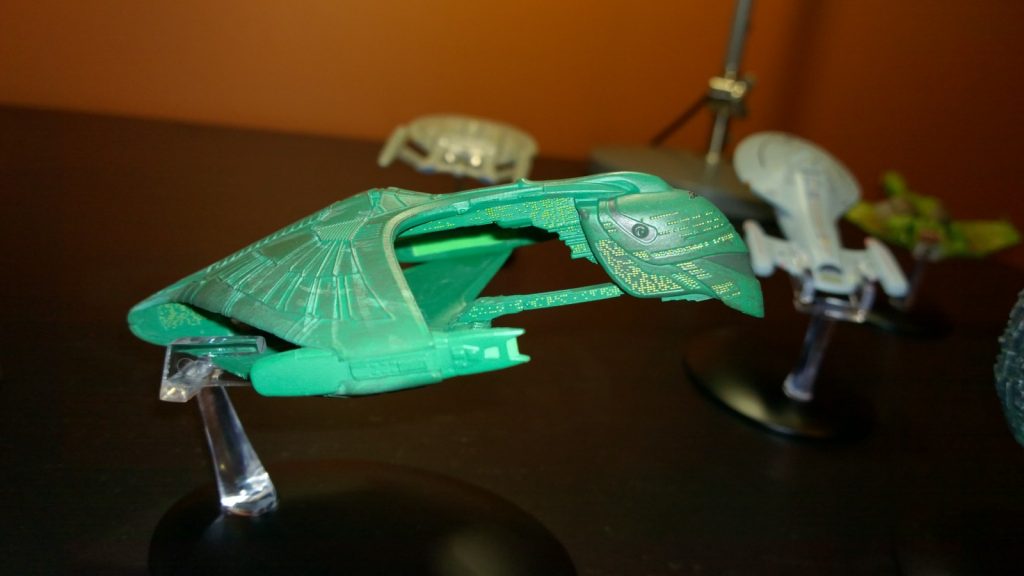 On the Romulan Warbird, you can see varying colors of green on the ship and all the tiny windows. 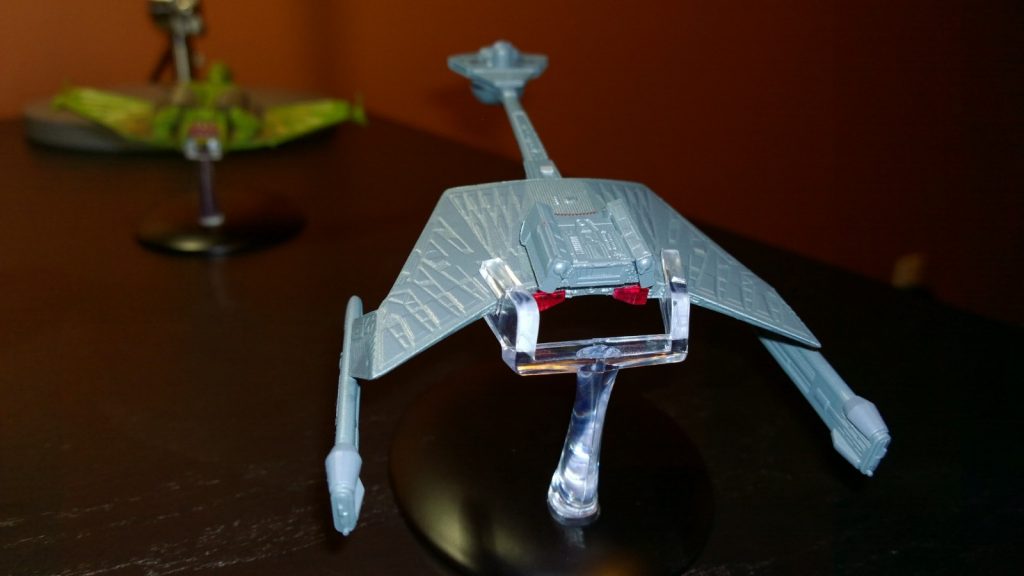 And look at all the detail on the Klingon K’Tinga-class battlecruiser! 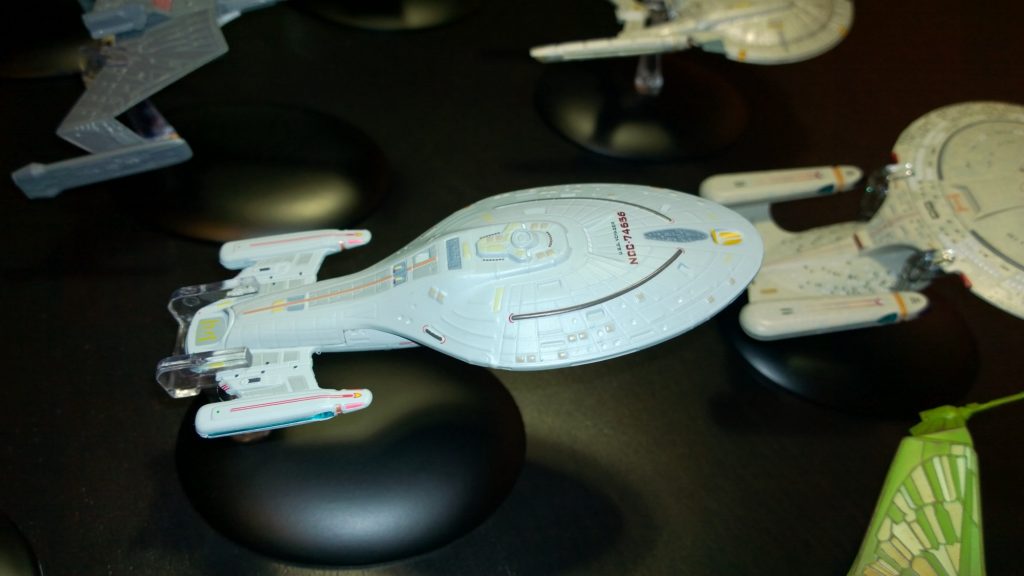 I have noticed however that the level of detail can vary between the starships. You saw all the great details I noted on the above starships but when you look at the U.S.S. Voyager, you’ll notice that the detail isn’t as good. You don’t see painted windows for example.

I pre-ordered a subscription right before the Star Trek Collection launched in the Untied States so I am receiving the latest and greatest starships as they are released in the United States. I received my 5th shipment (U.S.S. Defiant and Borg Sphere) last week. For my next shipment, I am expecting to get my U.S.S. Enterprise dedication plaque, the U.S.S. Reliant and Akira class starship. Over 70 starships are planned. You can see the list here. I highly recommend a subscription if you’re a Star Trek fan like me!

I did want to offer up some additional thoughts and feedback to Eaglemoss and general thoughts about having a subscription.

Eaglemoss launched the Star Trek Collection in the U.K. first then the U.S. a few months later. So there is a few months of a gap between U.K. subscribers getting their starships and the U.S. subscribers. I believe Eaglemoss is a company based in Europe so it makes sense that they would launch in the U.K. first but it feels like the gap between the U.K. and U.S. is really big and could be smaller. Folks in the U.K. have already reached their 16th shipment and receiving their Borg Cubes while here in the U.S. we’ve just had our 6th shipment. Unless for some reason I’m behind on my shipments, seems like a big gap to me. I pre-ordered before the U.S. launch to make sure I get the latest and greatest starships once they hit. I see a lot of shit on their Facebook page from folks complaining about this very issue (and doing so very rudely). I think an easy solution to this is simply better customer communication overall.

On Special Issues, for Special Issue #1 which was DS9 — we (in the U.S.) were supposed to get DS9 right around the holidays but subscribers received an email from Eaglemoss saying that DS9 would be delayed. This was great customer communication. However, Eaglemoss has announced Special Issue #2 which will be the U.S.S. Enterprise as seen in the J. J. Abrams movies and a date for the U.K. and Ireland (March 6th) but no date for the U.S. First off: I would love to see more direct email communication with subscribers to keep them informed on releases. Second, it would be great to have communication as a U.S. customer on when I should see Special Issues since its a perk of the subscription, right?

And finally, I need to say that Eaglemoss’ customer support has been phenomenal. I’ve had a few shipments in which starships arrived broken. My first shipment actually arrived with the engines disconnected from the Enterprise-D for example: 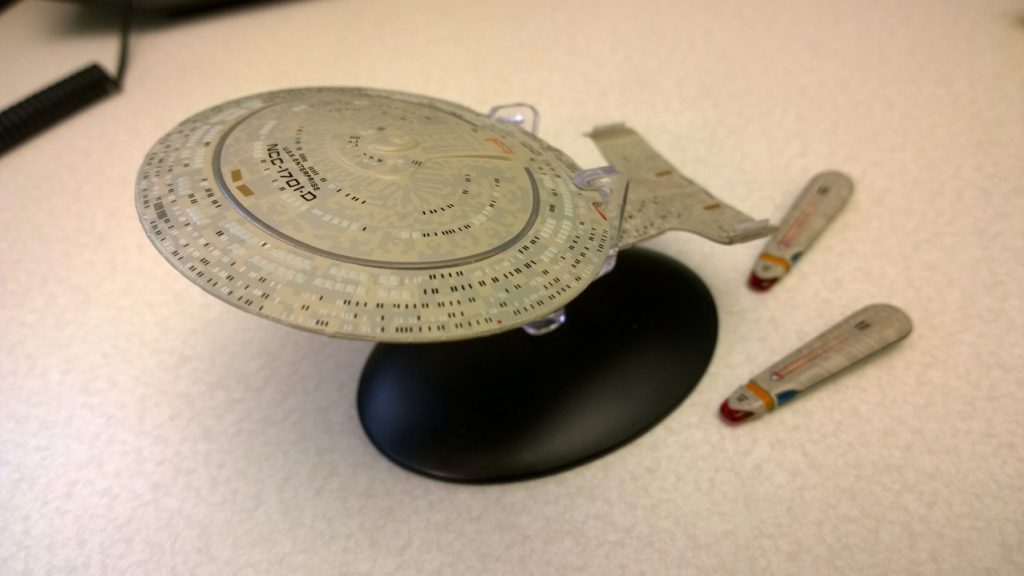 Eaglemoss promptly responded to me via email and replaced the shipment with new starships. This has happened a few more times and each time, the customer service in replacing the broken starships has been great. My DS9 Special Issue came with a broken docking pylon. But I ended up being able to easily glue it back to place and all is well. These starships are well built but are small and have tiny parts connecting things together due to their size. As they are tossed around in transit, some damage is bound to occur. In my opinion, this should not reflect poorly against Eaglemoss. I applaud Eaglemoss for their support in this regard.

So I stand by my recommendation on getting a subscription if you want the most kick-ass detailed collection of starships from Star Trek ever made.

Note: Photos of the starships used in this blog post were taken of my collection using my Nokia Lumia 1020 Windows Phone.