Scott Snyder and Greg Capullo have been the masters of DC Comic’s Batman series since it re-launched in 2011 as part of the “New 52”. Scott serves as the writer for the Batman comics and Greg is the artist that draws the stories. I’ve been a HUGE fan of their run with Batman. They’ve done some fantastic stories such as Death of the Family, Court of Owls, Zero Year (a reimagining of how Bruce Wayne became Batman) and Endgame which features the epic final battle between Batman and The Joker — for good. Now, they’re hard at work on a brand new storyline that features an All-new Batman, new characters, and new villains — which has been interesting to read (I’ll write more about this in another blog post). I’ve been collecting the DC Comics Designer Series Greg Capullo action figures from DC Collectibles which do a great job celebrating Greg’s fantastic artwork on Batman. I’ve nearly completed the entire collection! I’m only missing Two-Face. 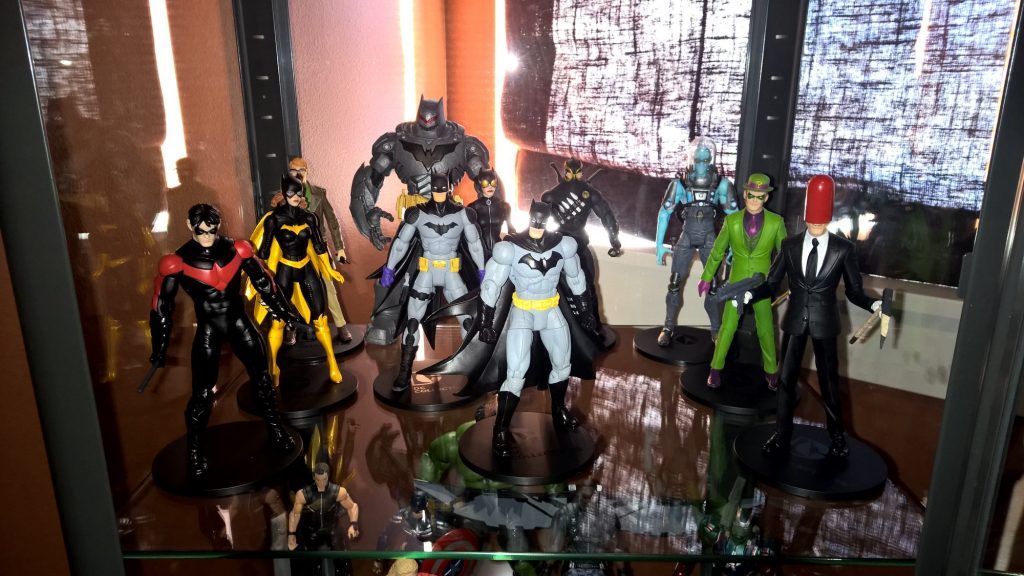 I also discovered that DC Collectibles sells action figure base — which you can order here from Amazon for $12 for 20 bases. I just got these today as well and they work awesome (however, I have an issue where the Catwoman action figure doesn’t like to stand properly with these bases).

At SDCC 2015 last week, DC Collectibles unveiled two new action figures to come as part of this series — Wonder Woman and Endgame Joker. You can bet I’ll be picking these up one they are out but apparently we’ve got a long wait for these as they won’t hit until next summer.

UPDATE 3/14/17: I finally found Two-Face and picked up the rest of this line-up! I’ll post a follow-up about these figures at some point.