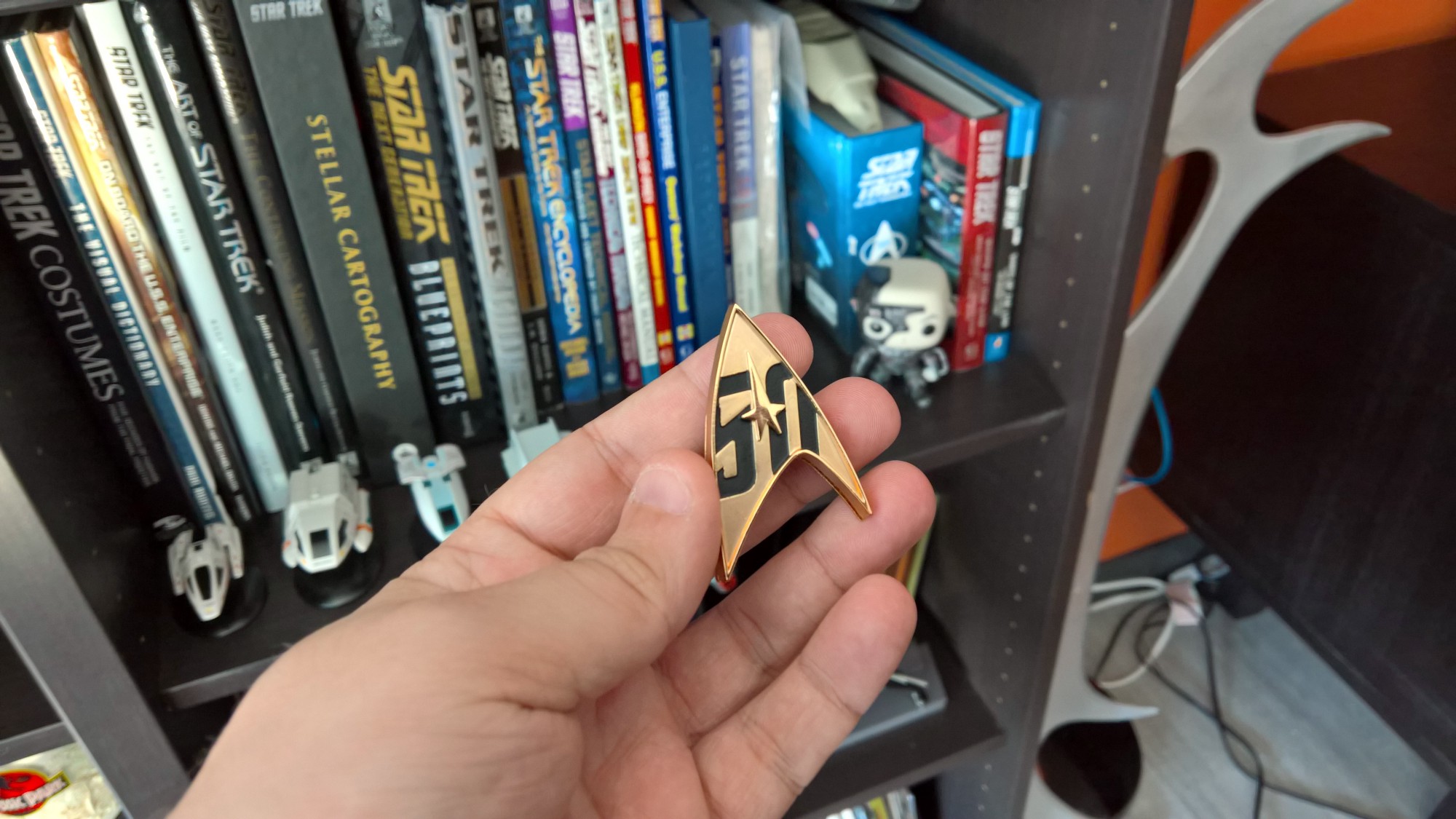 On this date in 1966 — Star Trek first aired on NBC and started a legacy that would grow into something awesome.

I missed out experiencing the initial rise of Star Trek in the 70’s after the original series was cancelled as I wasn’t born yet. However, I did live through Star Trek’s resurgence in the 80’s with the movies and Star Trek: The Next Generation. For many fans, Star Trek means “Kirk, Spock, and McCoy”. And there is no arguing against that. Those characters are the heart of Star Trek’s legacy. But for me, Star Trek means “Picard, Sisko, and Janeway” — and yes even “Archer”. My love of Star Trek didn’t begin with the original series. It began with Star Trek: The Next Generation and continued with all that followed.

I fell in love with the characters and storylines. I fell in love with all the fancy 24th century technology and science used in the stories. I loved the stories that put characters in tough situations that invoked thought and emotion. The stories that were thought provoking were the best episodes! Like when Picard was assimilated by the Borg and Riker was forced to use the deflector to try and destroy the Borg ship with him on it. They made us wait the entire summer to find out what happened! They wouldn’t kill Picard, would they? Like when Worf broke his back and the crew was confronted with having to chose between respecting Worf’s cultural beliefs and theirs when he proclaims he wants to go through ritual suicide. Like when Neelix and Tuvok were merged together into a new individual named Tuvix and Janeway had to make the call to split them back into individuals despite Tuvix’s protest. Did she make the right call? And of course who can forget when Sisko decided to try and bring the Romulans into the war with the Dominion and sought Garek’s help — which didn’t quite go the way he had planned. In many of these stories, the characters had to deal with repercussions and consequences of their actions. Many of the stories pushed intelligence to find solutions rather than simply pulling out a phaser.

While my love of Star Trek didn’t start with the original series — it wasn’t until I was older I realized that the subsequent shows that came after continued what the original series started by challenging us to think about the things happening in our world today and how we can be better. How can we improve ourselves? Star Trek inspires me to be better each and every day!

We have seen amazing adventures and stories over the last 50 years of Star Trek and I am so excited for what’s to come. Star Trek Beyond was one of the best Star Trek movies yet (in my opinion — I know some will completely disagree with me on this). And we’re getting a brand new Star Trek show called Star Trek: Discovery which arrives in January.