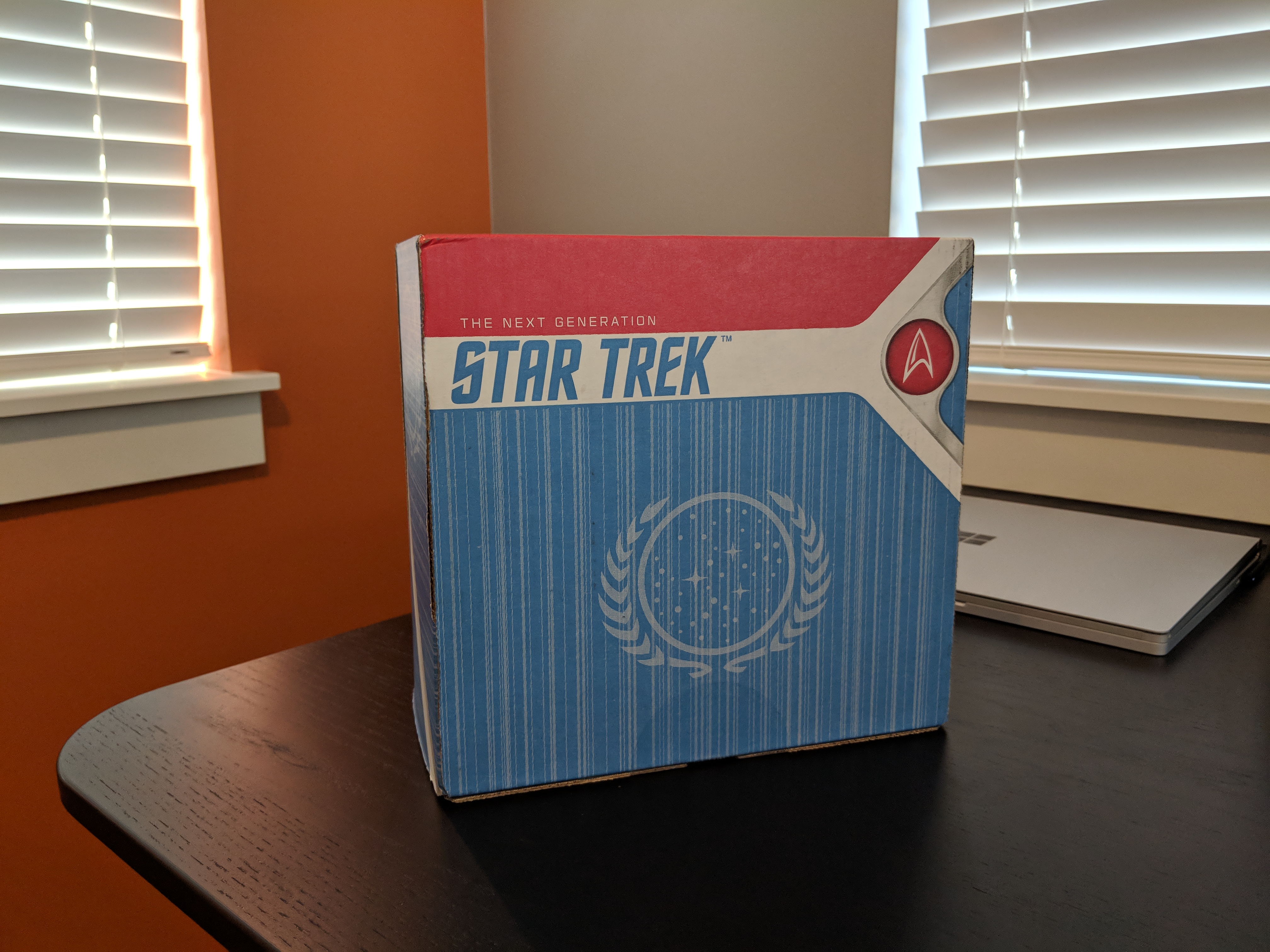 The “Way of the Warrior” Star Trek Mission Crate

UPDATED on 8/20 to include tweet from Loot Crate on their new Shipping Status page.

Their first Star Trek Mission Crate subscription box was “Wolf 359” themed. It shipped in January in a box that looked like a shuttlecraft from the Original Series. Inside, it came with an exclusive “Locutus” limited edition statue from QMx and some other goodies. I didn’t blog about it here but this post here does a really good review of the box.

Today I received the second Star Trek Mission Crate subscription box which is “Way of the Warrior” themed. “Way of the Warrior” was the title of the 2 part episode of Star Trek: Deep Space Nine that saw Michael Dorn join the cast as Worf after war breaks out with the Klingon Empire. (Despite taking the theme from DS9, I had a little giggle when I noticed the box was labeled as “The Next Generation”.)

Everything is this subscription box was awesome. I believe the Discovery lapel pin was handed out at the 2018 Office Star Trek Convention in Las Vegas earlier this month and since I couldn’t attend – I was glad to score one through this way! I have no complaints about the box. This Star Trek fan is impressed.

However, I do have a general complaint about my overall experience with the Star Trek Mission Crate subscription. I feel like Loot Crate is struggling a bit to fulfill the promise of shipping these boxes every 2-months. The second Star Trek Mission Crate subscription box was supposed to arrive in March. And it was supposed to be “Dark Frontier” themed after the 2-part Star Trek: Voyager episode “Dark Frontier” and feature Seven of Nine in some fashion. In May, I received an email saying this box was delayed and was expected to ship mid-July. That’s the last thing I heard about that box. Then in early July, I received an email saying that the “Way of the Warrior” box was delayed until late July. No word on what happened with the “Dark Frontier” box. Then on July 31st, I got another email saying the “War of the Warrior” box was delayed again to mid-August. The box finally arrived but still no word on the “Dark Frontier” box. It has been almost 7 months between boxes. I really want to see Loot Crate be more transparent about what’s going on with these boxes, which boxes are supposed to ship when etc.

Overall though, I’ve been very impressed with the 2 Star Trek Mission Crates I’ve received so far and really excited for more!

UPDATED: Loot Crate responded to my tweet about this blog post alerting me to their new Shipping Status page. It just launched.

Hi Brandon. Thanks for this review and feedback! With regard to information, we do have a Shipping Status update page live now which we will continue to update with ETAs for future crates: https://t.co/RMnoIeTCfG