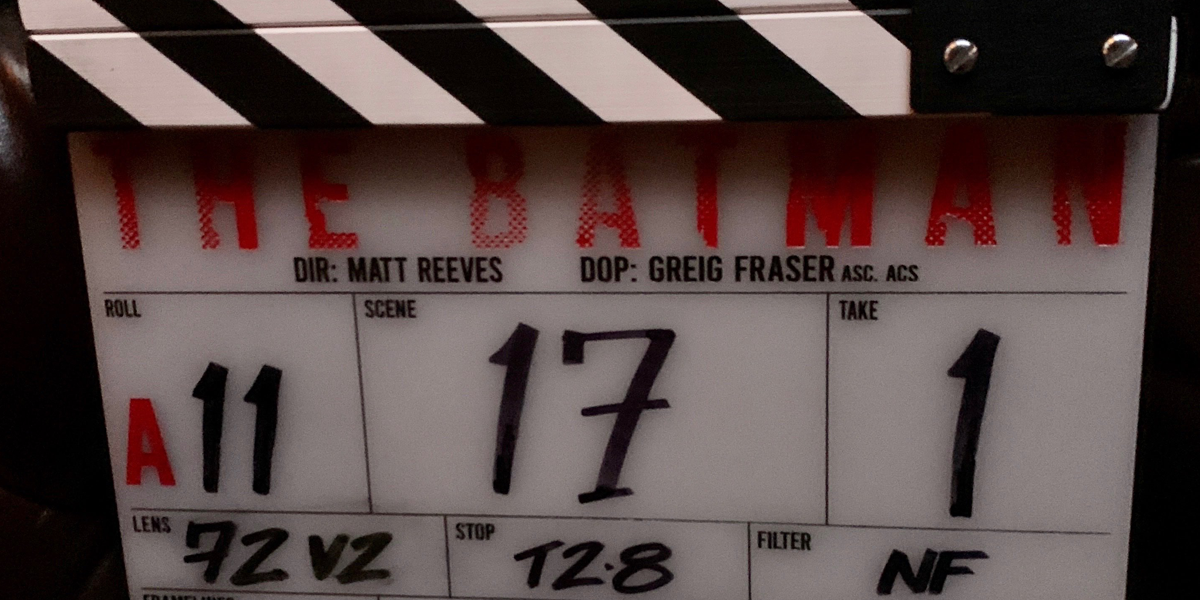 The Batman: In Production now!

I am way behind on keeping tabs here on the latest happenings relating to the new “The Batman” film from director Matt Reeves – I apologize. I previously posted about Robert Pattinson signing up to take on the role of Bruce Wayne/Batman back in June. Production for the film officially began on January 27th which was marked by this photo tweeted from Matt Reeves:

Warner Bros. also released a press release that didn’t give a description of the movie but did lay out the cast of characters in addition to Pattinson as Batman:

Since production began, Matt has been sharing tidbits from the production. First – we gout our very first look at Robert Pattinson in the new batsuit!

As part of that video, we learned that the absolutely fantastic Michael Giacchino. The music you hear in that video is from Michael as he begins thinking about the score for The Batman. I have loved Michael’s scores for movies like the latest Star Trek movies (Kelvin Universe), Jurassic World, and Mission Impossible: Ghost Protocol.

I won’t make a habit of pointing out leaks, rumors, or speculation BUT if you want a better look at the batsuit, Variety put up an article on some leaked photos of a scene being filmed.

And finally – THE NEW BATMOBILE!

As a longtime Batman fan, I am very excited for this film and to see what kind of take Matt Reeves and Robert Pattinson have on the characters. I hear a lot of “Oh no, not another Batman…” In the comics, different writers and artists come in to do different “runs” of stories for comic book characters like Batman. Writer Scott Snyder and artist Greg Capullo did a 5-year run of the Batman comics telling a very specific story arc. Then writer Tom King took over and had a different take with different stories. And most recently – writer James Tynion IV has taken over. The movies are the very same way. A director and actor will come in and tell a very specific Batman story or set of stories with a certain style (like in the case of The Dark Knight Trilogy with director Christopher Nolan and Christian Bale as Batman). I am always interested in seeing the different takes directors and actors have on this character. And I can’t wait to see what Matt Reeves and Robert Pattinson (and the entire cast of characters) bring to the big screen!